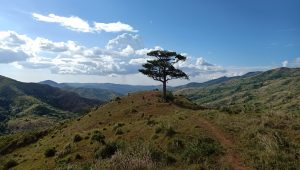 JGC Philippines, Inc. (JGC) is selected as the Engineering, Procurement, and Construction (EPC) contractor of Aboitiz Power Corporation for its 94-megawatt peak solar project in Pangasinan province. Aboitiz announced the project award in its disclosure to the Securities and Exchange Commission (SEC).

AboitizPower, through a special-purpose vehicle wholly owned by subsidiary Aboitiz Renewables, Inc. (ARI), signed the EPC Contract with JGC on 15th of December 2021 confirming an investment of ₱4.5 billion to build its second solar power venture. JGC will start the engineering and design work in parallel with site investigation. Construction will begin soon after for JGC to deliver a functioning plant that is targeted to be commercially operational by the end of 2022. 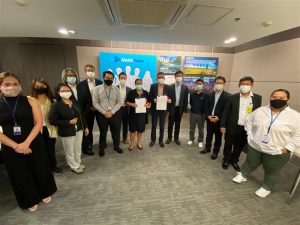 AboitizPower further disclosed that, “The project will rise on a 196-hectare site in Cayanga, a quaint village in the municipality of Bugallon about 13 kilometers southwest of the province’s capital. Once completed, the power plant is expected to produce 147 million kWh of clean energy annually or enough to energize over 60,000 Filipino homes all year round. The majority of the facility’s capacity will be contracted for retail electricity supply, which can help bring cleaner and more sustainable energy to power consumers across the country.”

Both JGC and AboitizPower expressed their eagerness with this collaboration given their shared values and vision of helping create a more sustainable energy system for all. JGC is actively seeking opportunities to build more renewable energy projects to contribute to the country’s energy transition towards cleaner energy in line with the JGC Group’s 2040 goal of enhancing planetary health. AboitizPower on the other hand, aspires to grow its renewable energy portfolio in the next 10 years.